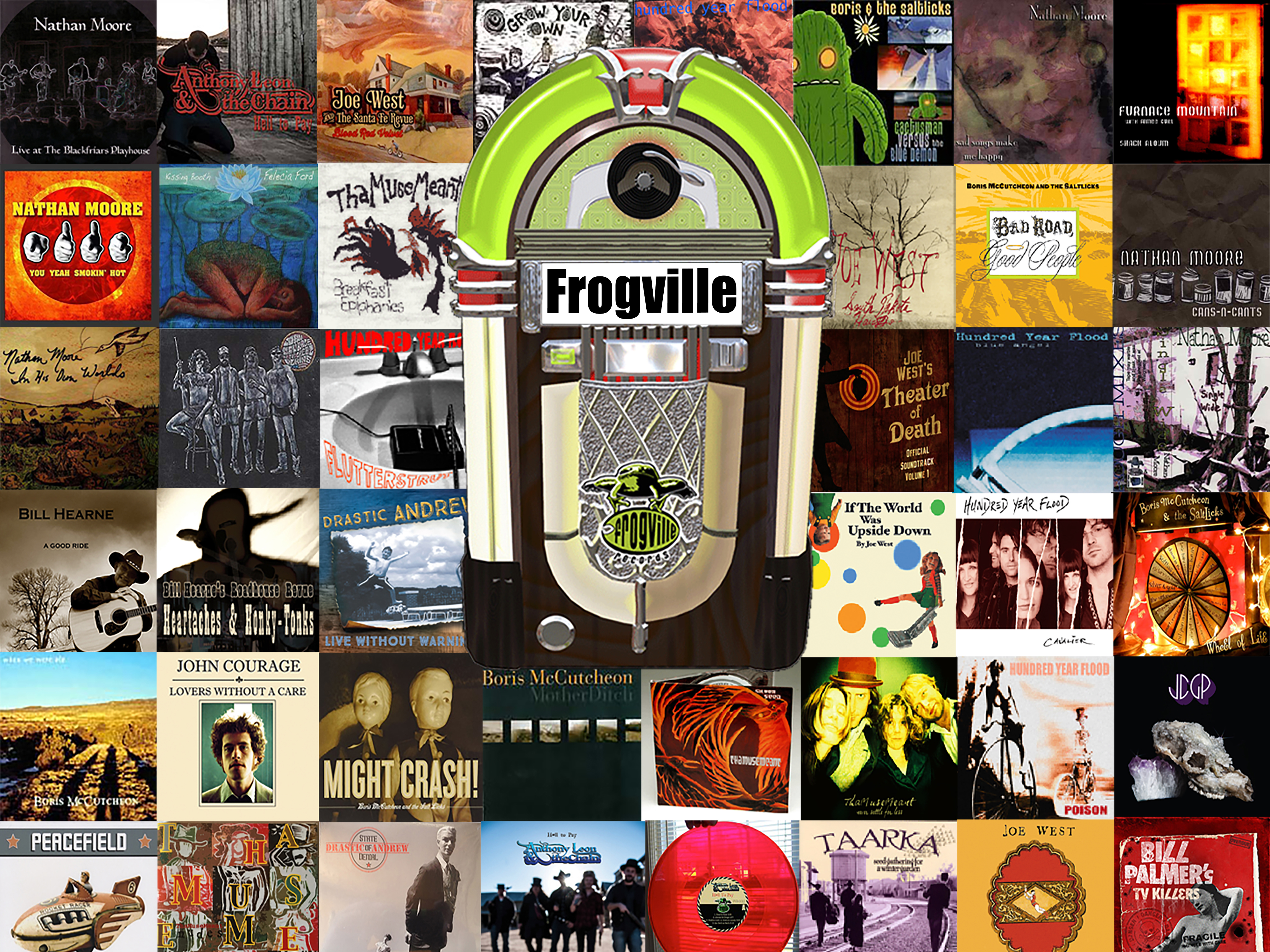 Frogville Records started in 2003 with five bands/artists based out of Santa Fe, New Mexico. By 2009 we had recorded 77 albums at our studio and the label catalog included several artist’s back catalog.  Frogville trimmed back the number of back catalog albums available and much of the older catalog went OOP (out of print). All Frogville output to this point was on CD but in 2015 we decided to get a vinyl record made after much debate Anthony Leon’s “Hell to Pay” was chosen as the debut with talks of Joe West, Boris McCutcheon, Nathan Moore, and Thamusemeant as the follow ups. 2019 finds Frogville recording several bigger projects with high hopes of releasing a few to the public.

Good Music For People Who Live, Think, And Do